Universal Health Coverage – where are we? 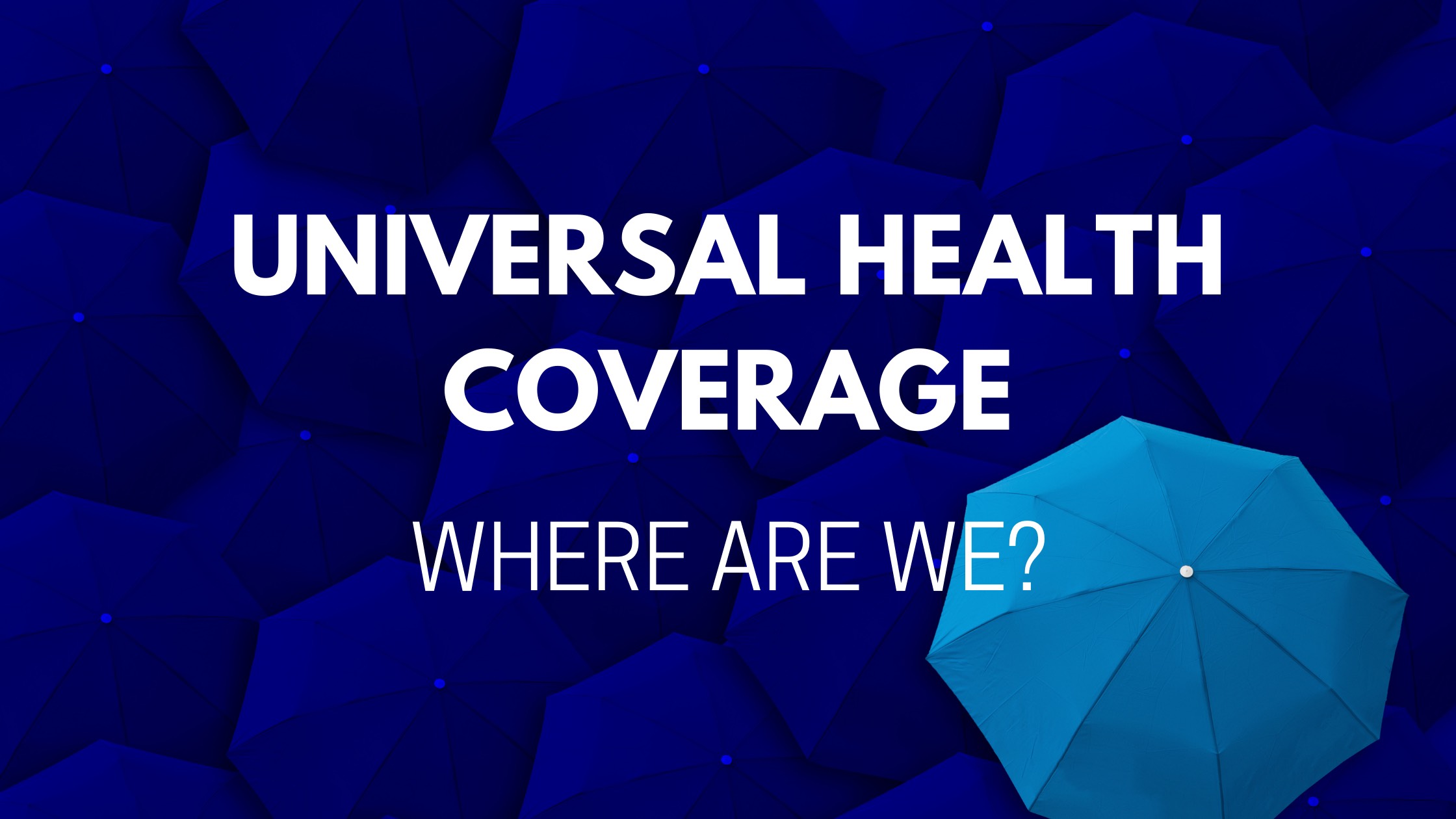 In 2015, when governments around the world unanimously agreed to ratify the United Nations Sustainable Development Goals (SDGs), they committed to ensuring adequate and effective healthcare for their citizens. Specifically, as a part of SDG 3 to promote good health and well-being, governments committed to providing Universal Health Coverage (UHC). This meant that essential, high-quality health services would be provided by governments to citizens, over their life course, to avoid financial hardship endured by individuals and communities.1

Today, on Universal Health Coverage Day six years after this global agreement, significant progress has been made, with two-thirds of the world covered by social health schemes. However, more work remains to be done. Stratifying current medical coverages by countries’ income levels, more than 96% of high-income and upper-middle-income countries boast coverage, while in stark contrast, only 34.3% and 16.7% of lower-middle-income and low-income countries reported coverage in 2020, respectively.2 Catastrophic health expenditures, defined as out-of-pocket payments exceeding 10% of a household’s annual income, followed a similar trend, emphasizing the vicious cycle between poverty and access to healthcare.2 Moreover, even within countries with high levels of coverage, inequalities persist between and within communities, leading to inadequate coverage.

The reasons for the significant gaps in health coverage in countries across income levels are manifold. First, to provide adequate health services, an effective health system should be comprised of a trained workforce in sufficient numbers and distribution, along with adequate infrastructure and facilities, outreach and delivery of services, financing, and governance. However, strengthening and sustaining a health system is financially demanding, which puts additional stress on lower-income countries. Effective assessment of current health systems also requires reliable data, which can be hindered by a lack of data collection and monitoring infrastructure in these settings. Moreover, UHC is ultimately a political choice.3 Even when UHC goals are achievable, political resistance and inaction pose major impediments, as exemplified by the United States healthcare system. Despite having health expenditure per Gross Domestic Product that far surpasses that of other countries, a nationwide, publicly-funded health coverage is yet to be achieved.4 Other obstacles to UHC include the resistance against universal coverage for specific groups, such as minorities or migrants, and the lack of political traction for a health agenda in conflict-affected areas.

Importantly, achieving UHC is a dynamic process, which must be actively maintained. Some countries that have traditionally had robust health services are finding it increasingly challenging to provide effective healthcare to their citizens. Recent epidemiological, demographic, and lifestyle changes and their associated health burdens are changing the health needs of populations. One consequence has been unsustainably rising healthcare expenditures, often at a rate exceeding the overall economic growth.5

Of course, the impacts of COVID-19 have also touched the issue of UHC. The pandemic has had an inverse relationship with health coverage, where countries that did not have universal coverage struggled to respond relative to those that did, resulting in higher mortality rates, overburdened hospitals, and exhausted healthcare workers.6 Overall, the crisis highlighted the importance of a qualified health workforce, healthcare facilities, and information systems. The urgency of the pandemic also significantly shifted perceived priorities, ironically leaving UHC largely out of the picture.7 Unfortunately, this is not an isolated case, but a trend, as exemplified by UHF’s previous post on how climate change efforts also suffered during COVID-19.

UHC presents a challenge for the international community but is also an imperative opportunity. Although many countries may fall short of achieving it by 2030, the target outlined by the SDGs, efforts toward it should nonetheless accelerate over the coming years. UHC will not only contribute towards realizing the SDGs, but it will also mark a momentous milestone in ensuring health as a human right.