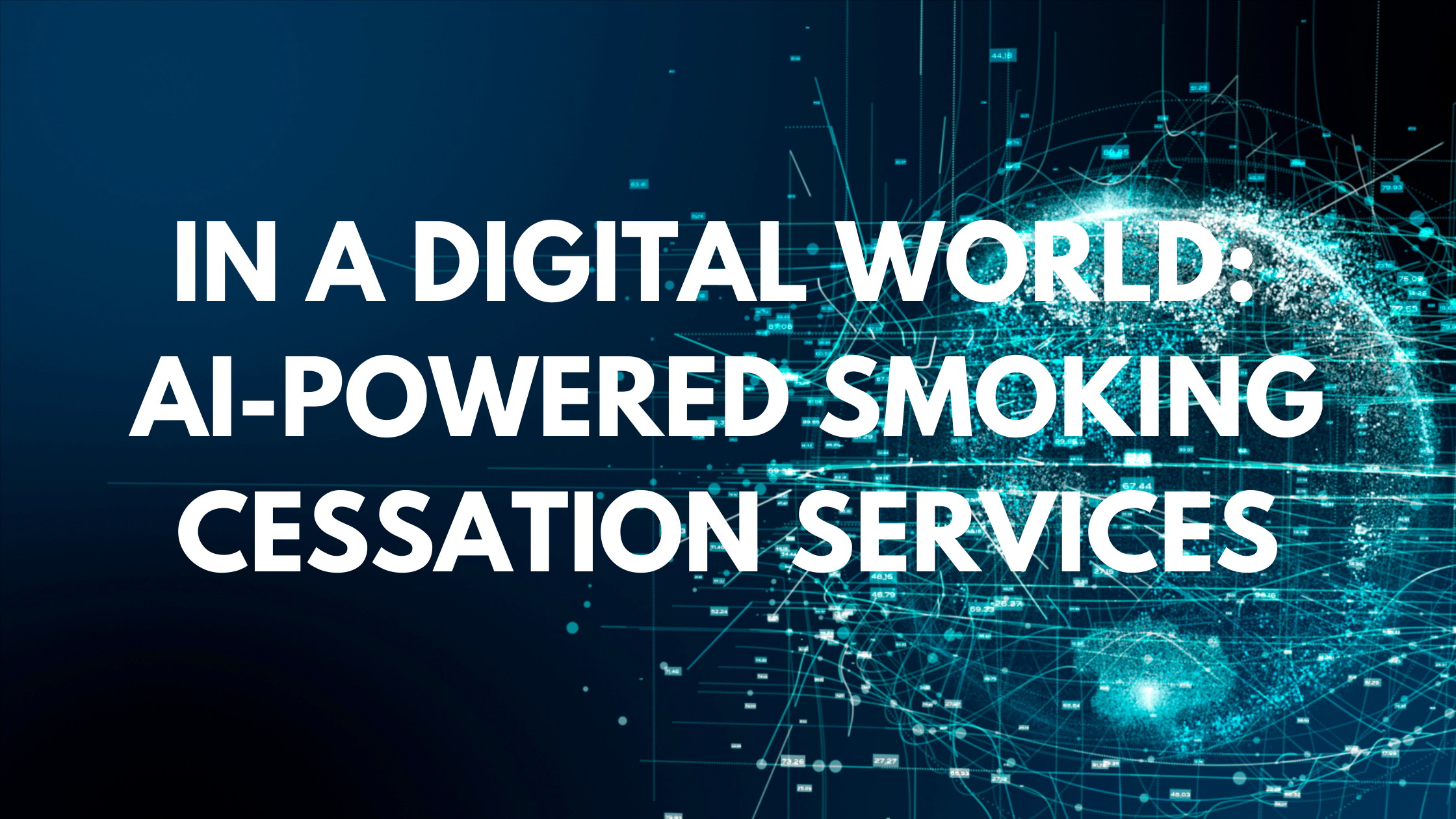 Tobacco use causes significant morbidity and mortality in countries of any socioeconomic status. Governments around the world have had various success in providing cessation services to those who want to quit. However, international organisations such as the World Health Organisation (WHO) acknowledge this issue as a public health priority and offer innovative solutions. In a world that is more digital than ever, online cessation services, such as WHO’s Florence, may hold the key towards effectively reducing the burden of tobacco.

Tobacco use is a major health threat: there are 1.3 billion users of tobacco products currently, from which annually 7 million will die as a result of direct tobacco use and an additional 1.2 million will die from exposure to second-hand smoke1. Moreover, a lot of existing evidence shows that all forms of tobacco are harmful, including waterpipe tobacco, electronic cigarettes and various smokeless tobacco products, along with the most common form, cigarettes2.

A worrying trend observed among current smokers, is that there is a significant proportion who want to quit, but lack the support to do so. I recently wrote on the importance of cessation services and a targeted approach in their implementation (link to previous blog). In brief, governments around the world have had various success in supporting people throughout their smoking cessation3. Additionally, the COVID-19 pandemic has had a negative impact by reducing the availability of face-to-face services as part of social distancing measures4.

An encouraging aspect is that the problem has received attention internationally. One of the biggest advocates for tobacco cessation is WHO, who have been responsible for the majority of high-level policy and legislation and advocacy in recent years5,6. Furthermore, the WHO has not been shy in acknowledging that as a health risk tobacco use is intertwined with other threats. Thus for example, the organisation advocated for the possible effects of tobacco use on COVID-19 disease severity, as well as the effects on cessation services caused by the pandemic, instead of seeing the two as separate health threats7,8. Last but not least, the agency has also been a leader in the field of innovative approaches to tobacco cessation. In 2020 it introduced a novel tobacco cessation tool – a virtual health worker, Florence, who provides digital counselling services to people who want to quit smoking [k]. Florence is the outcome of an innovative approach of using Artificial Intelligence (AI) for addressing public health threats, such as tobacco use. The concept of AI has long been present, but it has recently become apparent that it will have an impact on all aspects of society in the near future. As such, public health will also benefit from the opportunities AI offers (and will be subject to its specific challenges and threats9.

Florence is a virtual health counsellor – and does just that. She provides brief evidence-based advice to people who wish to quit, including helping them build a quit plan, combatting misinformation about tobacco and COVID-19, and referring them to additional digital cessation services10. Florence works with a standardized conversational guide, so patients benefit from a correct, fact-based narrative. Originally speaking English only, she can now also provide advice in Spanish, with the goal of enabling conversation in all other UN languages as well. Furthermore, the service can also engage textual form for those who do not wish to hold a conversation, it is available 24/7, and very importantly, it is free to use. The cost to users can be a major demotivation to quit smoking. The cost to providers is also an important aspect, but encouragingly digital services have been shown to be among the most cost-effective11. Utilising online health services thus has the potential to create an environment that encourages healthy decisions like tobacco cessation. As such, Florence is a clear example of an innovative digital solution, which can overcome current barriers in access and extend cessation support to millions of people who need it.

← Universal Health Coverage - where are we? Preparing for the future of global health: pursuing health equity and social justice →