The health cost of air pollution 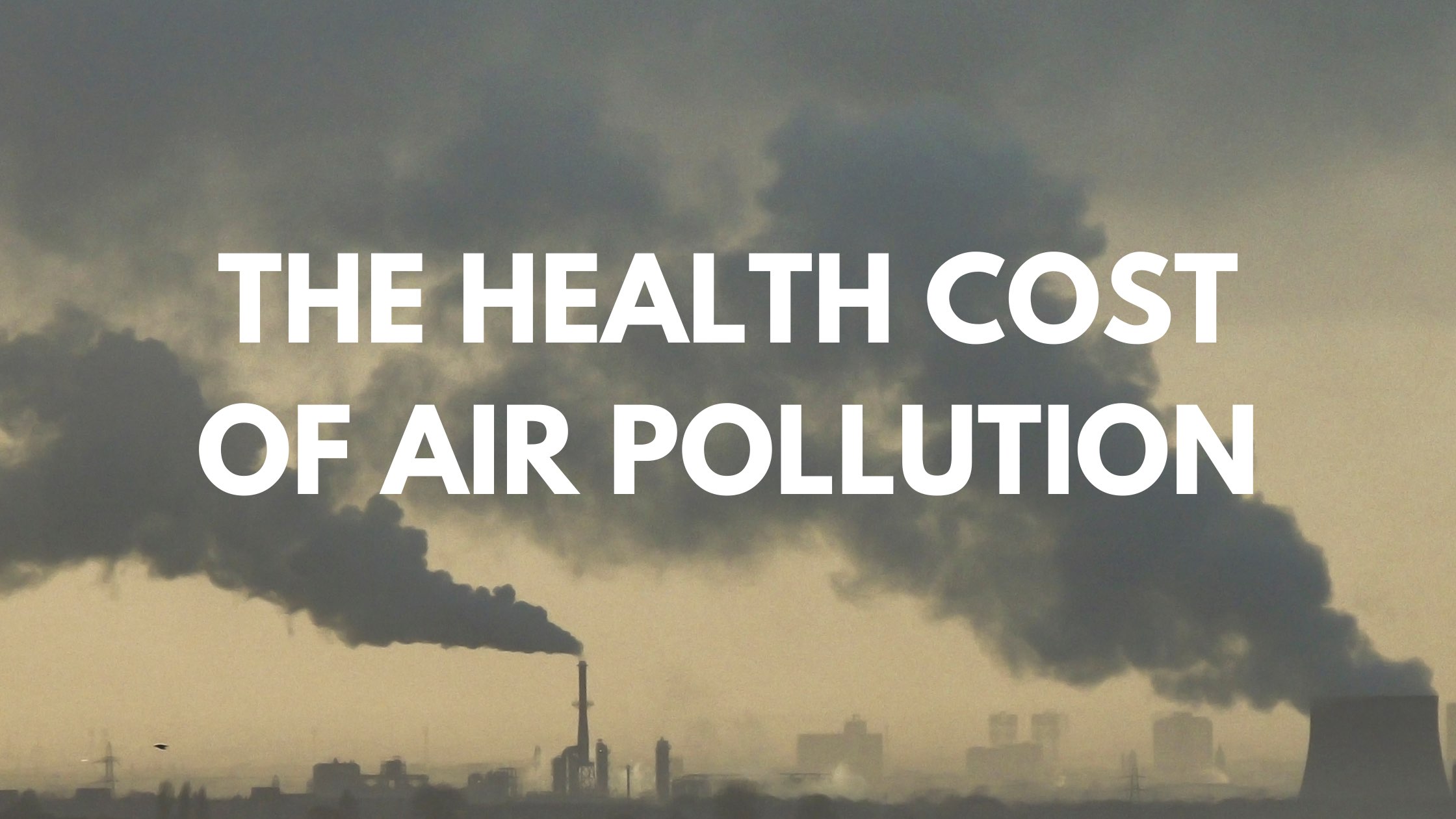 Sometimes it’s difficult to comprehend the extent to which certain things are harmful to one’s health. The perfect example – air pollution. It’s not a parasite, nor a heat wave and it’s usually not associated with a discrete event. It’s an invisible killer that takes the life of millions every year. The statistics are chilling. The WHO estimates that every year 4.2 million deaths are attributable to ambient (outdoor) air pollution, while another 3.8 deaths are caused by indoor (household) exposure to air pollution. Every year. Beyond mortality, it also contributes to significant morbidity, and unsurprisingly – it disproportionately affects low and middle-income countries. Overall, an astonishing 91% of the world population live in an environment with air quality below the guidelines set by the WHO.1

Despite this, air pollution is not perceived as a major health threat. While air pollution does not directly cause attributable mortality, it is an upstream risk factor for a range of diseases. It is unlikely that someone dies specifically of air pollution per se, but continuous exposure increases the risk of stroke, heart disease, lung cancer, and acute and chronic respiratory diseases.1,2 The attributable excess mortality from these diseases reduces the average global life expectancy by 2.9 years, and this doesn’t factor in the impacts on quality of life.

Reducing air pollution has proven a significant challenge. Even though fossil fuel combustion is a well-recognized source of greenhouse gas emissions and a major contributor to the climate crisis, many countries lack a robust strategy to combat air pollution. This is largely attributed to a lack of data and political reluctance.3 Especially in countries where transportation and industrial production are heavily fossil fuel-dependent, large corporations have spent significant resources to lobby against policies that would reduce air pollution.4 Despite political opposition, the direct link between climate change, air pollution and health makes policies that target air pollution a “win-win” strategy for both climate and health, as these policies would decrease global morbidity and mortality, and contribute to planetary health.1 Our readers can expect exciting research in the area by UHF staff, who are at the forefront of reshaping the fossil fuel policy landscape.

We already know that COVID has a complex but clear relationship with co-morbidities, and it has been hypothesised that acute exposure to air pollutants could worsen the outcomes of COVID.5 This is intimately linked to the pathology of the disease, that initially attacks the respiratory system, similarly to air pollution. As explained in a commentary in the American Journal of Epidemiology, emerging research provides evidence to support the link between air pollutants and worse COVID outcomes, however, the evidence is not particularly strong as exploring these interactions requires a very thoroughly designed study, possibly at a very large scale in order to achieve validity.5 The picture is further complicated by the fact that air pollution is not a constant. In fact, in many countries it declined for a period when the strictest lockdown measures were in place.6 However, concluding that a reduction in air pollution is attributable to a specific policy also requires a sound methodology that avoids bias.

Air pollution is clearly a major health burden, but priority setting is a complicated process. Although one risk may cause a greater number of deaths, this does not make the other risks less deadly. As health professionals, it is our duty to push for action on all fronts in pursuit of a healthier planet. As the movement for effective air pollution policies gains momentum, governments should apply established as well as innovative solutions that target the issue.

← How lockdowns in the OECD lead to deaths in Africa Innovative approaches to health policies: reframing the issue →