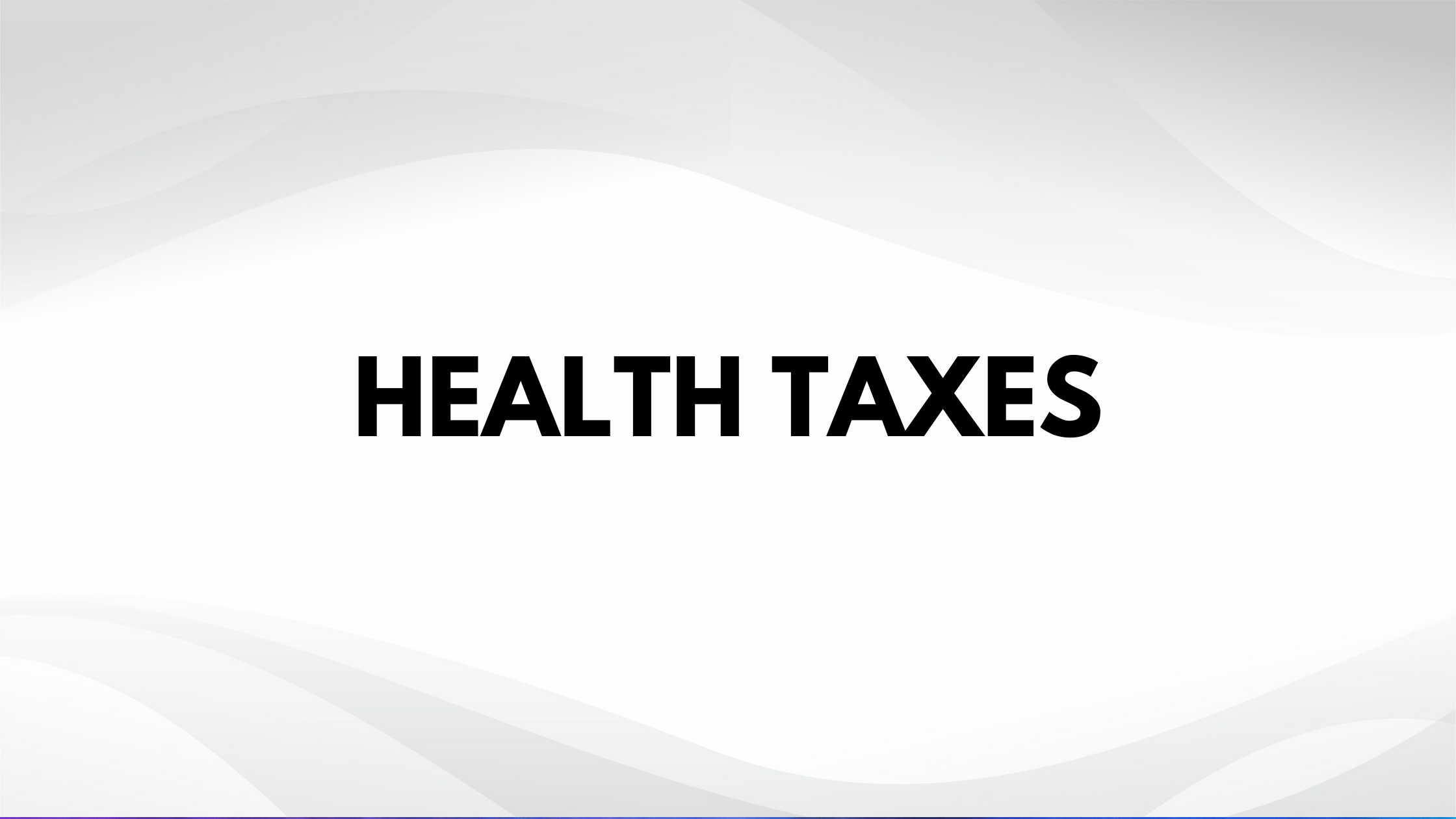 Virtually all fiscal measures affect people’s health in one way or another. However, within this universe of policy tools a specific subset of measures are directly aimed at changing behaviours and risks that are strongly associated with health. We’ll refer to those as health taxes. The concept of health taxes emerged in the public health policy space before the term itself was coined. They firstly came to be as measures to increase public revenue or control some of the negative externalities associated with a certain behaviour. However, in the recent decades health taxes have become increasingly common as a direct measure for the improvement of population health.

Health taxes are aimed at behaviours associated with products, that have three specific characteristics: they are not necessities, their demand is not very sensitive to price changes, and they generate negative externalities. The latter point is key when answering one important question – why we implement health taxes? How we justify them? Unlike the primary purpose of most economic and fiscal policies (which is the creation of an efficient market or income redistribution), health taxes have the primary objective to promote and protect health. Health is a non-market-traded good while also fundamentally related to well-being. Following from that, health taxes have a double benefit in that they are instruments used to diminish the demand for unhealthy products, as well as increase demand for longer, healthier lives. The latter is of particular importance given that people can hardly be effective demanders in the healthcare market, which has a number of specificities. An additional benefit is that health taxes are generally progressive and tend to benefit benefit low-income populations more.1,2

Usually when talking about health taxes people refer to the ‘big three’ – taxations on tobacco products, alcohol and sugar-sweetened beverages. Taxation of alcohol especially has been present for a very long time (although only recently framed as a means to decrease the harmful effect of the substance). Tobacco taxation has increasingly been adopted in the last decades, ever since the harmful effects of smoking have become apparent, and taxing sugar-sweetened beverages, although a more recent effort in health taxes, has been backed by significant scientific evidence of its health benefits.1 However, this list is growing as governments around the world seek to control other products with a negative health impact, such as foods high in salt and fat.3 Importantly, the health risk needn’t come directly from a product used by personal choice. Thus for example, air pollution from fossil fuel use and framing the issue as one prone to control by a health tax, is an emerging topic and one where UHF is a leading contributor.

Notably, there are additional tools for shaping the public health policy space, such as subsidies and other revenue-raising policies. However, health taxes are one of the most powerful tools – by being not only a cost-effective means of improving health, but also feasible, acceptable and affordable within various contexts. As already mentioned, their primary aim is to protect health, however, they do as any other tax generate public revenue, although with a lower predictability of the revenue stream.4 Last but not least, health taxes fit well in the broader pursuit of social welfare, as they contribute to other sustainable development goals beyond health.