Gender equality in global health: why it matters 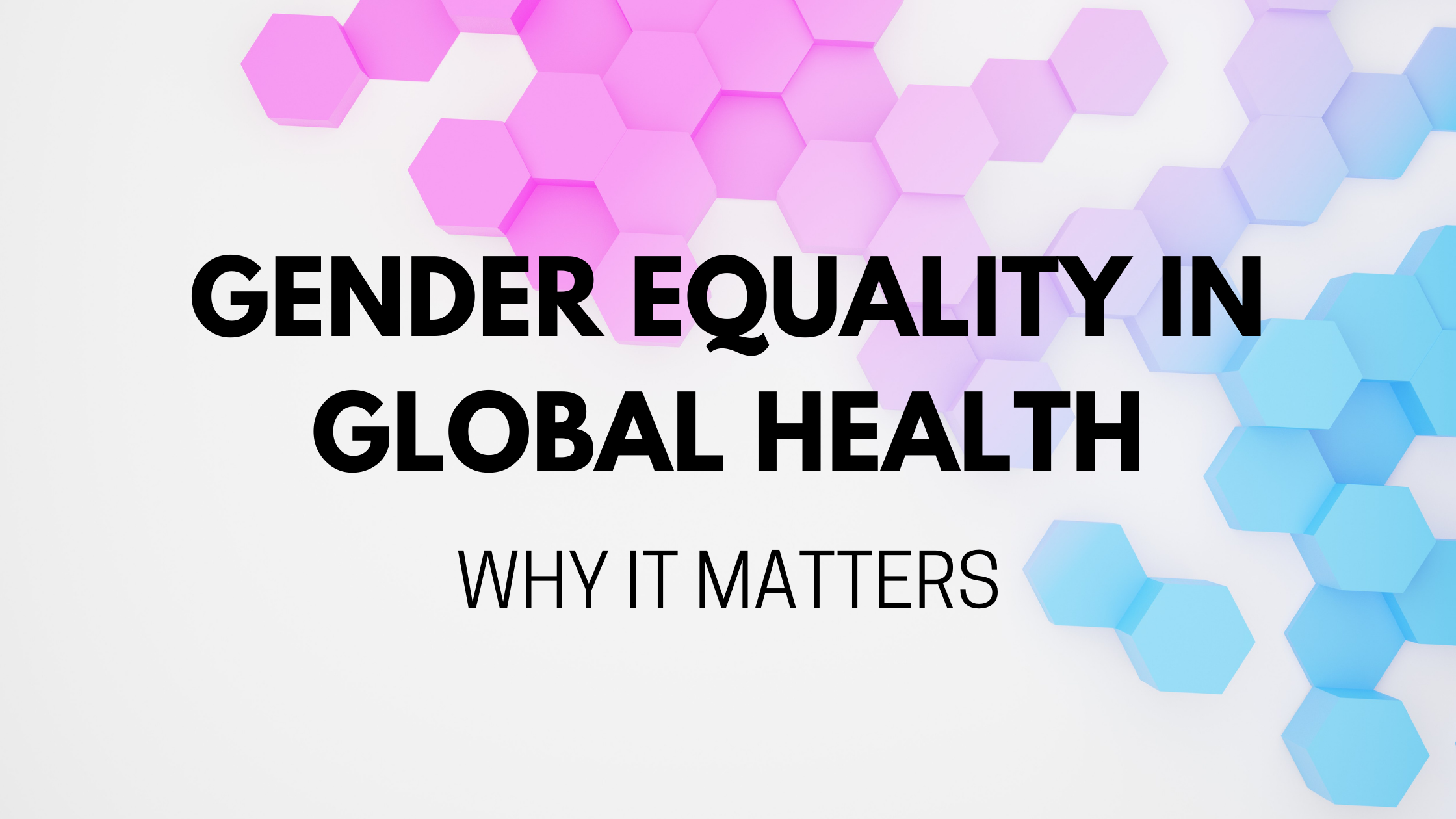 Striving towards gender-equitable global health outcomes has been a significant and long pursuit. There is no doubt that gender equality is an indisputable human right on its own. However, new data have also shown that it has the potential to lead to substantial health, social, and economic gains. In a review Shannon and colleagues shed light on the importance of the subject in the context of evolving gender-related activism and evidence1.

Gender equality has long been acknowledged as a fundamental concept and “a necessary foundation for a peaceful, prosperous and sustainable world”2, for example, it is one of the 17 global goals recognized by the United Nations as the Sustainable Development Goals (SDG 5). Since gender is an inseparable aspect of people’s identity, directly influencing and shaping their lived experiences, including privilege and disadvantage, power and social location, and overall quality of life, it has been studied in various contexts and evidence has been gathered on how improving gender equality and equity would lead to better social, economic, legal, and educational outcomes. Experts also agree that achieving gender equality will have a significant positive impact on health outcomes. In essence, gender inequality is translated into health risks via discriminatory values, norms, beliefs, and practices; differential exposures and susceptibilities to disease, disability, and injuries; biases in health systems; and biases in health research, and therefore, eventually, inequitable health outcomes3. Embedding gender equality in the health sector would transform societies and populations in many ways, including substantial economic, socialand health gains due to increased productivity, inclusion and accessibility at the macro level and significant improvements in quality of life due to equal distribution of opportunities and therefore achievements, increased social capital, and of course, improvements in health outcomes at the micro/individual level.

In order to drive gender equality in global health, this value needs to be reflected in every level, especially in how data are collected, analysed, and interpreted. Yet, the gender knowledge gap continues to exist in all countries and most domain of health research. Comprehensive sex and gender analysis is absent from many research outputs and limited to sex-disaggregation of data. What is more, researchers are having a hard time to quantify the issues surrounding gender equality. The underlying reason? The state of current gender equality data. A range of gender data has emerged in the past 20 years, which is undoubtedly a success story. However, methodological and conceptual shortfalls persist, which limit the use and subsequently, the research that could be performed on those data. Considering this, it is reassuring that new data initiatives are emerging, given that high quality data is an essential for high quality research.

With all of this in mind, one could also ask how the recent events surrounding the COVID-19 pandemic have impacted gender equality. The unpleasant truth is that the pandemic has had an exacerbating effect of gender inequality and has reversed the limited progress in many countries. For instance, the pandemic response put a disproportionate burden on women due to the double  burden of formal work such as frontline healthcare workers or essential workers, and the role of caregiver for children and sick family members at home2,4. Women are also generally earning less, saving less, and working more in informal markets, which resulted in a bigger economic impact borne by women once labor markets were disrupted. And last but not least, with lockdown measures causing more women and girls stay at home with men, gender-based violence rates reached new highs5. In an attempt to prevent a reverse trend in gender equality, the United Nations Secretary-General urged governments to put women and girls in the center of their recovery efforts6. The progress made by countries to center women and girls in their recovery plans is debatable.

Circling back to the main question we put forward: why does gender equality in global health matter? It matters, because achieving it would bring significant and measurable improvements in human life, and economic dividends; but we are severely lagging in our attempts. It matters, because it stands at the heart of social justice and healthy societies.