How lockdowns in the OECD lead to deaths in Africa 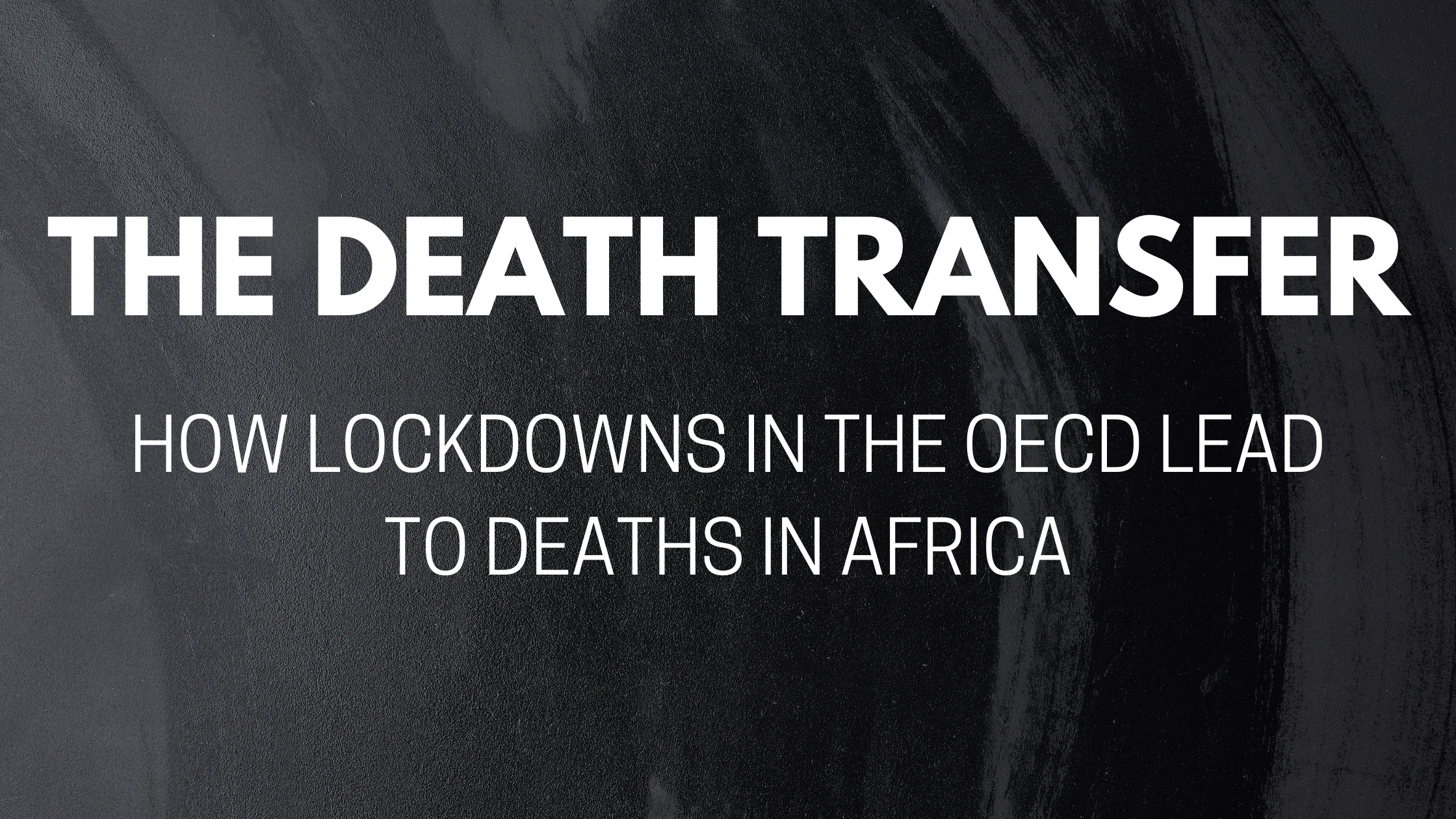 As the COVID-19 pandemic swept the globe, governments in most countries were quick to impose lockdown policies in attempts to contain disease transmission. Lockdowns are a national measure and we tend to look at their impact within the country they were imposed in. However, this approach may be too simplistic given the globalised state of our world. Researchers at UHF have investigated how imposing lockdowns in countries of the OECD has impacted mortality rates across the world, focusing on poor countries (Arcand et al., to be published).

Lockdowns can be very effective in reducing infectious disease transmission, thus gaining time for an adequate response to health threats – such as the SARS-CoV-2 virus, which spread throughout countries and continents in the beginning of 2020. With a better tailored response, a country aims to reduce the burden on its health system and ultimately to save a higher number of lives.1 However, those public health benefits come at a significant social and economic cost. For example loss of employment, deprivation from education, declines in mental health, reductions in international aid and very importantly – direct economic downturns, are all results of this policy.1,2

Some studies have estimated that there were between half and one million deaths prevented in OECD countries and up to half a billion in China, South Korea, Iran, France and the US taken together.3,4,5 However, all of these estimates are subject to high levels of uncertainty. In the meantime, the mainstream media has, superficially at least, accepted those numbers and presented lockdowns as highly successful measures.6,7 The reality is that we don’t actually know how many lives were saved and therefore how effective these policies are.

Since a lockdown is imposed in a single country (or sometimes regionally), we tend to perceive it as having a purely national (or regional) impact. But this is not necessarily the case. A lockdown’s effects go beyond the country’s borders. The mechanism for this is quite simple: the economic growth foregone in one country can have profound effects in many other countries. This slower economic growth, especially in rich countries, is transmitted to poor countries, where severe economic downturns are associated with higher mortality. While a limited body of evidence discusses the within-country effects of lockdowns, no attempts have been made to quantify the ‘death transfer’ effect discussed here. Economists at UHF have lead research which aims to fill this knowledge gap. Taking the OECD as a proxy for ‘rich’ countries and Africa as representative of ‘poor’ countries, and knowing that the annual growth rate of African countries is on average positively associated with OECD growth and openness to trade, they have quantified the ‘death transfer’. Our results suggest that the annual growth rate of African GDP per capita has fallen by over 4 percentage points – solely due to lockdowns in the OECD. Note that this effect is completely separate from any direct negative effect on African economic growth caused by COVID-19.

Why does economic growth on the continent matter in terms of health? It turns out that positive and negative growth rates have quite different impacts on mortality rates in Africa. While positive growth does not have any effect on the number of deaths, negative growth significantly increases mortality. Taking into account the lockdown-induced economic downturns and the population age structure, an estimated 414 000 additional deaths in Africa were caused solely by lockdowns in OECD countries. This is an astonishing number, which indicates that the effect of COVID-19 on the continent has been underestimated and the view that it has not suffered as much from the pandemic is naive and, frankly, untrue. The debate on how to tackle this problem poses many challenges – economic, social, legal and ethical, but is one that we should nonetheless have. The north-south transfer of COVID deaths requires urgent attention at the highest level!